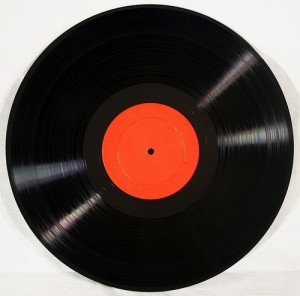 We all have beliefs, values and behaviors that form our personality and shape our view of the world and our perception of reality. Some beliefs, more like opinions, change based on new information or experience. In contrast, there are many perceptions and behaviors that are deeply “grooved” into our brain. So deep and habitual are these thought patterns that they exert powerful influence over how we think, interpret and act. Some such grooves may be consciously chosen, like our preferences for art and music, or our religious beliefs. Still others are so automatic and unquestioned that we may not even be aware of them. For example, some people faced with a challenge automatically respond with curiosity and optimism, while others respond with worry and pessimism.

I once worked with a client, Jim, who was thinking about launching his own business. In our work we talked about roughly three alternatives:

1) Staying put in his job.
2) Quitting cold turkey so he could devote himself 100% to the new business.
3) Building “stepping stones” to transition gradually from his current situation to his new venture.

I once worked with a client, Jim, who was thinking about launching his own business. In our work we talked about roughly three transition strategies:

One day a friend of his approached him about a sizeable project in Jim’s general area of expertise. Jim met with his friend and the friend’s boss to discuss the project. At the end of the discussion, Jim suggested that as a next step they meet with the owner of his company.

After Jim related the story, my first question was, “Given your plan to start your own company, did it not occur to you that this project and client might be a great stepping stone to YOUR new business?”

Jim seemed stunned by this idea. It had never occurred to him. So “grooved” was he about automatically feeding prospects up the chain of command, that he was blind to a possible entrepreneurial opportunity.

This situation also revealed another one of Jim’s grooves. While he has powerful expertise in his field of knowledge, he had never worked in the prospect’s particular industry. So his knee-jerk (grooved) assessment was that he lacked the qualifications to handle the project. When he expressed this view I asked him if he knew anyone in his field with such industry knowledge. If so, they could have partnered on the project. Again, he seemed stunned. The idea had never occurred to him.

This is how it is with grooves. The really deep ones are more like ditches that prevent us from seeing the wider picture. The narrower and deeper the groove, the less flexibility we have for thinking and acting. On the bright side, we have flexible minds capable of creating new grooves.

For example, I sometimes work with executives who are “too nice,” which can create problems when a situation calls for stern, assertive behavior. A friend of ours is strongly conflict averse, but she found there are limits to her niceness.

One day while vacationing on a beach with her children, she saw a woman walk by with her St. Bernard. The dog stopped and did his business, leaving a heaping “dog pie.” The woman failed to “scoop the poop” and walked back to her nearby cottage. This flipped a switch in our friend. She scooped the dog pie into a grocery bag and marched over to the woman’s cottage. “You left something on the beach,” she reported when the woman answered the door. She promptly handed over the grocery bag to the surprised woman.

“Neither does the beach,” our friend said. With that she stalked off and never looked back.

So, what are your grooves? Are they helping or hindering you in achieving your goals? Is it time to grow some new grooves?