The beginning of football season reminds me of a story I heard a few years back. I think this one is true. It goes something like this…

Back in the 1950s, a Notre Dame football player was charged with a crime. During the trial, a number of football teammates were called to testify. One of those testifying was a teammate who had been the starting center and captain of the team. He had been voted captain by his teammates not only for his skill, but also for his humility and integrity. He was considered a gentle giant.

After he was sworn in, he was asked a few questions to establish his credentials. The attorney asked him to confirm that he had been the starting center, and team captain.

“And did you excel at your position?” the attorney asked.

After a pause, the former lineman spoke clearly and confidently: “Sir, I was the best center to ever play at Notre Dame.”

The attorney proceeded on with his questions.

During a recess, a Notre Dame assistant coach who had been watching the trial walked up to the former center. They exchanged a few pleasantries, and then the coach said: “I have to admit I was a little surprised by your testimony.”

The former center was taken aback. “What do you mean?” he asked.

“Well,” said the coach, “I completely agree with what you said about being the best center to ever play at Notre Dame. It’s just that I’ve always known you as an extremely humble guy, so I was surprised to hear you say it.”

The center blushed and looked away. Finally, he turned back to his former coach. “It was an awkward moment,” he admitted. “But you have to understand, coach. I was under oath to tell the truth, the whole truth and nothing but the truth.” 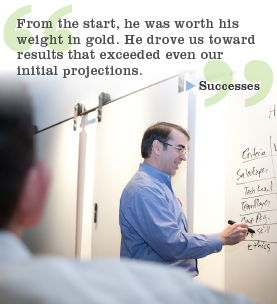