Politics – The Dark Side

I’ve left positions or companies because of politics. Years ago, I was working for the veterinary division of Pfizer when they acquired the veterinary business of Smith Kline Beecham. While the deal was an acquisition, it was portrayed as a merger. An SKB executive was named as the GM of the combined N. American businesses, displacing a popular Pfizer executive. This decision seemed to be based on politics over performance. The new GM appointed a blue ribbon panel to decide where the company should locate its veterinary division HQ. The top contenders were Kansas City, where Pfizer was based, or Philadelphia, where SKB was based. After rigorous analysis, the panel recommended Kansas City – unanimously. The SKB GM overruled them and picked Philadelphia. Again, politics trumped reason.

The culture of the newly merged company was confusing and conflicted. While Pfizer did the acquiring, SKB was calling the shots, at least in N. America. People jostled for jobs and influence based more on who knew and liked them rather than on competence. The SKB GM lasted less than a year. My friends on the inside reported continued confusion for the next two years. Fortunately, I had a premonition of how the political winds were blowing, so I took a package and opted out.

Political favoritism also happens regularly in any big company. Just ask anyone who happens to work in one. They have probably been personally impacted by such politics.

Why, you ask, does political savvy trump competence? I have a few unscientific answers, in no particular order of priority:

* Insecure leaders have a fear of being exposed at any moment as incompetent and incapable. So they surround themselves with people even less talented than themselves, or people who tell them how wonderful they are.

* Overly busy executives assess individuals based on their fleeting moments of contact during meetings and presentations. They fail to take the time to understand the views of folks down the hierarchy. They fail to ask questions about the working conditions around those individuals.

* Overly trusting leaders take people at face value, never dreaming that they are being played.

* Executives observe other executives making political decisions and figure they should follow the leader. Or in currying favor or building obligation, they accept another executive’s recommendation over a more objective assessment of who to hire or promote.

If it’s not already clear, you can count me among the majority who loath, despise and detest these forms of office politics.

It may therefore seem contradictory when I say that political acumen is an essential leadership skill. Funny thing is, when it’s done well, we don’t usually call it politics. We call it “good communication,” or “good people skills”, or success at “managing up.” 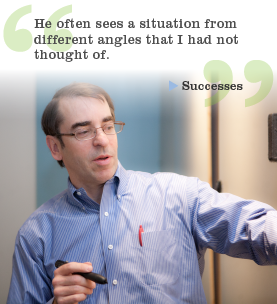